‘Team Rock’ will be tested to the limit as it takes on the challenge of climbing Ben Nevis, Scafell Pike and Snowdon this summer in a massive effort to raise funds for the Railway Children charity

Rock Rail is thrilled to be participating in this year’s Railway Children’s Three Peaks Challenge by rail on 14th–16th June, the only event that does the Three Peaks by train. Team Rock, consisting of Matt Allen, Trevor Sturmy, Mark Swindell and Steve Dodd, have kicked off a gruelling training regime for the event that will see them climbing the highest mountains in England, Scotland and Wales and taking a special train to each mountain.

Rock is fundraising for the Railway Children charity which for the past 20 years has been fighting for children alone and at risk on the streets. The Railway Children has provided protection and opportunity to over a quarter of a million children in need across the UK, India and East Africa forced to leave home because of unbearable poverty, abuse, violence or neglect.

Nick Watson Commercial Director Rock Rail will also be taking on the challenge as the Rock Rail representative on the Flirt East Anglia 3 Peaks team. The Flirt team is made up of members of the project management team responsible for the procurement and successful delivery of Rock Rail’s new Stadler Flirt trains set to enter service on the Greater Anglia rail franchise next year.

If you would like to support Team Rock and the Flirt East Anglia team in raising funds for the Railway Children please click on the respective links below: 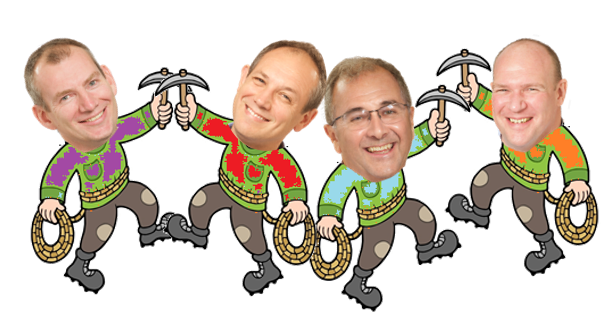 We really appreciate all your support and are very grateful for any donation you are able to make to support the Railway Children.