Rock Rail Moorgate’s new fleet saves equivalent of over 4,000 tonnes of CO2 emissions after its first year of full service 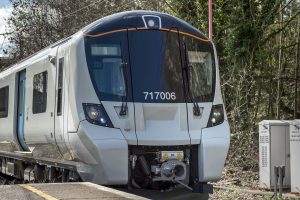 Rock Rail Moorgate’s new trains for Great Northern’s London to Hertfordshire services have already generated enough electricity through their brakes to power the equivalent of all the households of Welwyn and Hatfield Borough for a month, potentially saving more than 4,000 tonnes of carbon dioxide emissions.

The 25 fully-accessible, spacious, modern-air conditioned trains were the first of Rock Rail’s fleets to enter service in 2019. Featuring on-board Wi-Fi, the latest in real-time passenger information and power sockets at every pair of seats, they are a world away from the 42 year-old-trains they replaced which were one of Britain’s oldest National Rail electric train fleets. Passenger satisfaction has soared 22 percentage points as a result (1).

In their short life to date, the trains have already generated 17 million kWh. This helps make the trains 33% more efficient than the trains they replaced.

Great Northern MD Tom Moran explained: “Hidden away, underneath the carriages, electric motors help the trains brake, feeding the energy back into the network for use by other trains. That technology has already generated 17 million kWh – enough to power the homes of Welwyn and Hatfield Borough for more than a month, potentially saving more than 4,000 tonnes of carbon dioxide emissions.

“With all our managed stations now using energy generated from a clean, renewable source, passengers can travel safe in the knowledge they are doing their bit for the planet.” 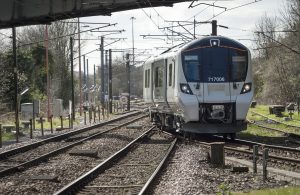 Electric trains are considered to be the most sustainable form of public transport and those with regenerative braking like the Rock Rail Moorgate trains have even better ‘green credentials’.