If you happen to be travelling through London City Airport over the next few months you may well spot the Rock Rail advertisement below which features as part of the Deutsche Bank new #PositiveImpact campaign. 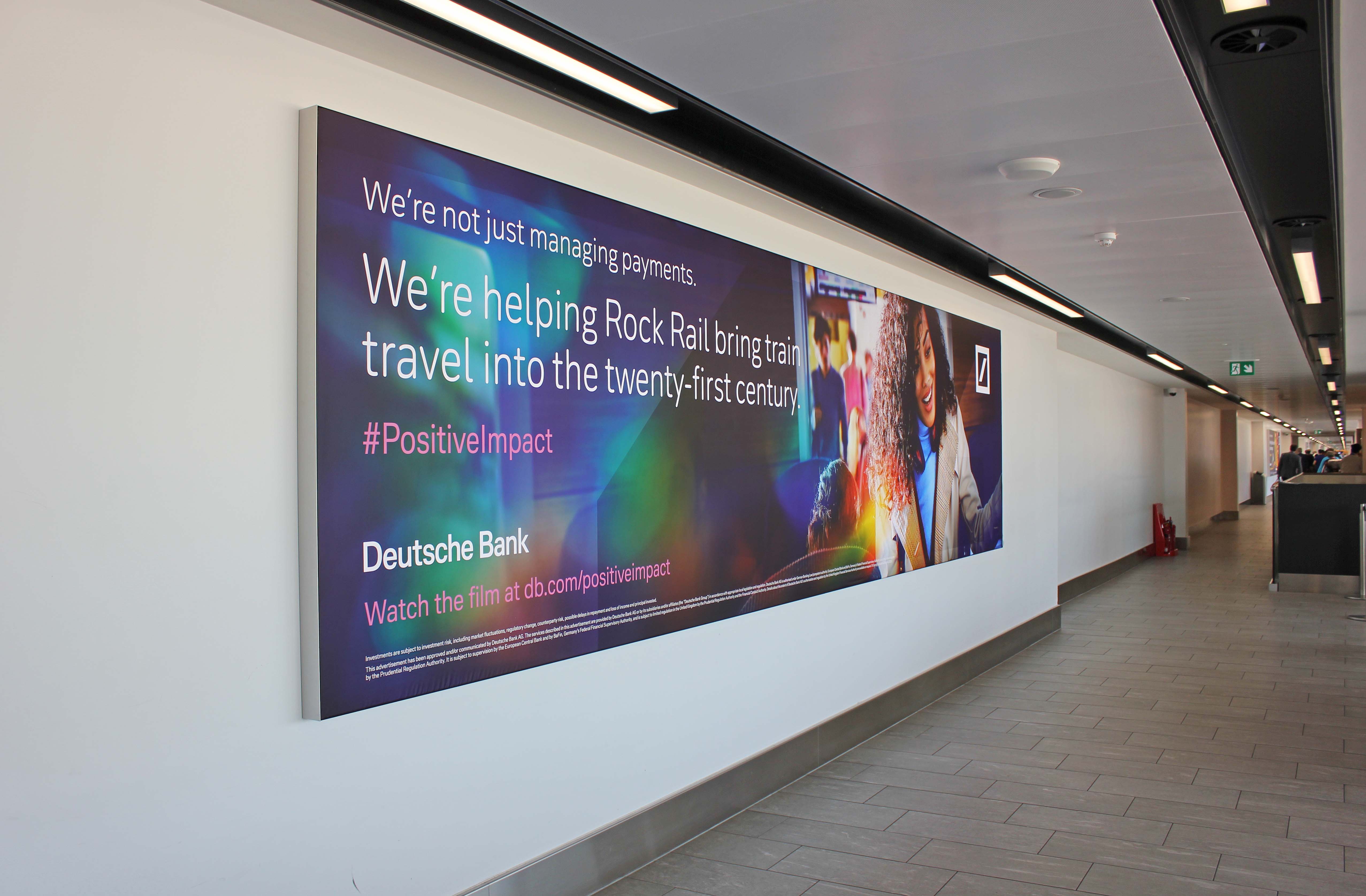 The campaign promotes the bank’s role in positively impacting society through showcasing its work with different partners, Rock Rail being one of these.

The London City and Frankfurt Airports advertising is part of a wider digital media campaign launched last month and running through to late autumn. The campaign also comprises of advertising in online publications, (including amongst others The Wall Street Journal, The Economist, Financial Times & The New York Times), as well as social media – all used to drive traffic to Deutsche Bank’s new website hub that captures case study films and dedicated web pages of the work it does with its partners.

The link below takes you to the Rock Rail page on the website where you can watch and read #PositiveImpact in action.