The new bi-mode train set off for its maiden passenger voyage as the 07.47 service from Lowestoft to Norwich.

The train is part of a £600m investment in new Stadler trains for the region which have been financed by Rock Rail East Anglia (a joint venture between Rock Rail, Aberdeen Standard Investments and GLIL Infrastructure) and will be leased to Greater Anglia for the life of the franchise.

It is one of 38 bi mode trains (24 x 4-carriage trains and 14 x 3-carriage trains) for Greater Anglia which switch between electricity and diesel power, built by international rail vehicle construction company Stadler, headquartered in Switzerland.

Mark Swindell, chief executive officer Rock Rail, said: “Rock Rail is delighted to see the second of its fleets enter passenger service and mark the start of a step change in the travel experiences for rail passengers across Greater Anglia. It follows the introduction of Rock Rail’s first fleet on Great Northern routes earlier this year.

“These new, state-of- the art trains for Greater Anglia are some of the first to enter service in the UK financed through pension funds and insurance companies. This long term, highly competitive funding enables significantly better value for money to rail passengers and tax payers over the life of the trains, along with significant improvements in passenger, environmental and operational features.”

Jamie Burles, Greater Anglia managing director, said: “This is an important and significant day for us today – and one we have all been looking forward to. Our first new train has now entered passenger service and it’s the start of a new era.

“We were committed to beginning our transformation in Summer 2019 and we’ve done just that.

“This is an incredibly exciting time for everyone involved with East Anglia’s railways – customers, communities and all the team here at Greater Anglia.

“Our new trains will transform rail travel across the region, bring wider economic, social, business, tourism and environmental benefits. It is the largest wholescale replacement of trains by any train company in the UK.”

The trains will offer a positive step change on regional routes across Norfolk, Suffolk, Cambridgeshire and parts of Essex – mainly the Marks Tey to Sudbury line.

Every train is longer, with many more seats, and other features including air conditioning, plug and USB points and improved accessibility.

They will also improve reliability and resilience with three and four carriage trains replacing a fleet of one, two and three carriage trains, many of which are nearly 40 years old.

Thomas Ahlburg, group chief executive of Stadler, said: “The roll-out of the new trains into passenger service is a momentous occasion not just for our business, but for passengers and local communities alike.

“The contract, signed less than three years ago, was our first for mainline rolling stock in the UK. It signified our entry into this this important market and blazed a trail for orders secured subsequently for the Liverpool City Region and Wales & Borders.

“The new trains for Greater Anglia are FLIRTs, our best-selling product which we have sold 1,700 of in 17 countries. Like all the trains we build, the FLIRT relies on state-of-the-art technology to ensure safety, reliability and comfort for the benefit of passengers. We hope that the travelling public in East Anglia will like them.”

It should then gather pace and the majority of the regional bi-mode trains should be in service by the end of 2019.

They will be maintained at Norwich Crown Point depot, which is benefitting from a £40 million upgrade to prepare it as the base for the new regional, intercity and Stansted Express trains. 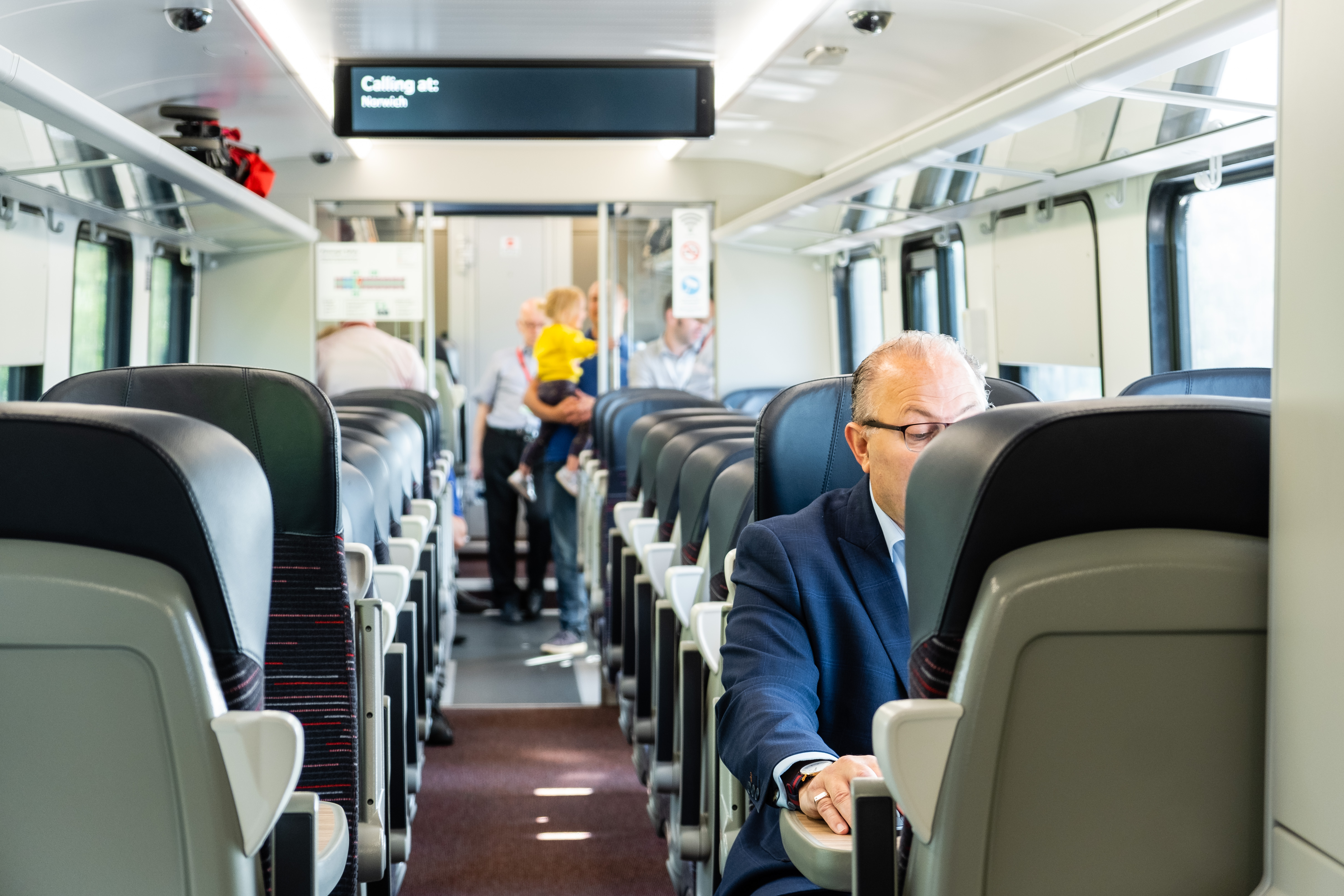