Aurora appealed to the judges who were won over by the name’s two meanings which mirror the ethos and technological advancements of the new trains, which include Japanese bullet-train technology and will provide fast, comfortable and state-of-the-art journeys between London, Sheffield and Nottingham from 2023. 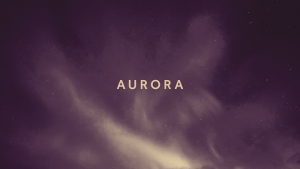 Aurora is the name of the Roman goddess of the dawn, representing the new start provided for the East Midlands and South Yorkshire. It is also inspired by the Northern Lights, created by the transfer of the sun’s solar energy. The new Aurora fleet will operate under electric power where possible, replacing the existing diesel trains on the Midland Main Line.

Rock Rail announced the £400 million financing of the new state-of-the-art Aurora trains last August. The 33 five-carriage units will be built by Hitachi Rail UK in County Durham. They have the ability to run using electric overhead lines wherever possible, taking advantage of the £1.5 billion Midland Main Line Upgrade.

They will replace the current EMR Intercity fleet which can only operate using diesel engines. As a result, they are quieter and greener, meaning lower carbon emissions and a better environment for passengers, stations and communities along the route.

Will Rogers, Managing Director at East Midlands Railway, said everyone at the company was delighted with the reaction of the public to the competition.

He said: “It’s fantastic to see the level of excitement that surrounds the introduction of the Aurora fleet to the region. We love the winning name as it really fits the project and its aim to bring a new start to the Midland Main Line and the millions of passengers the trains will serve.

“We know our passengers are looking forward to the introduction of the Aurora fleet and the modern, comfortable and greener journeys they will provide.”

Mark Swindell, CEO Rock Rail and Director Rock Rail East Midlands, said “Rock is delighted that the new and aptly named Aurora fleet is set to transform the journeys for passengers along the routes between London, Sheffield and Nottingham.

“Together with our institutional investor partners we are committed to supporting more sustainable travel and the Aurora’s greener credentials will help the UK’s drive towards reducing carbon and other harmful emissions.”

Jim Brewin, UK Country Lead, Hitachi Rail, said: “It’s fantastic to see such a high level of engagement in East Midlands Railway’s competition to name the new fleet. The ‘Aurora’ is a brilliant winning name, and well suited to the fleet that is being delivered – the latest model of our new intercity trains.

“The new trains will benefit 65 suppliers across the UK including a number in the East Midlands and will be built at our factory in County Durham, supporting hundreds of jobs in the region. We look forward to delivering the Aurora Fleet, providing fast, efficient and environmentally friendly journeys for its passengers.”